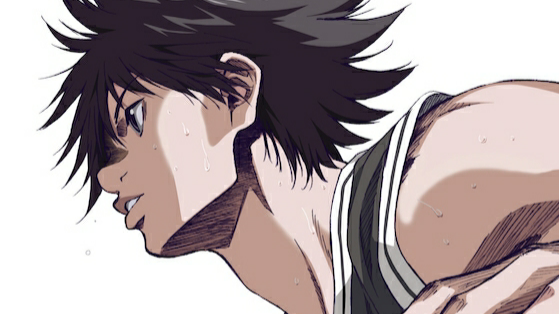 The official site to upcoming Basketball anime “Ahiru no Sora” revealed that series will   release in October 2019. Diomedea Studio will animate the anime series.

The story revolves around 15-year-old Sora Kurumatani who is only 149 centimeters (4.9 feet) tall, but loves basketball. He enthusiastically joins the basketball club as soon as he gets to high school, but the club is comprised of two terrifying twins who rule the school and their friends. Can Sora continue in this kind of club?

Also you can expect some classic basketball game and drama without any shonen power bullshit.

Shingo Tamaki will direct the series for Diomedea while Keizou Kusakawa will support him as Chief Director.

Both of them together previously have worked in Aho Girl acting as Director and Chief Director respectively. Go Zappa (Beatless, Koihime Musō, Blend S) is in charge of series composition.
Yoshino Honda is providing the character design sheet.

Written and illustrated by Takeshi Hinata, Ahiru no Sora is a Japanese basketball manga which started its serialisation in Weekly Shonen Magazine in 2004. As of today 49 volumes have been released in Japan my Kodanshu. The manga is one of the best-selling titles for Kodanshu having over 24 million copies in print. It was the 23rd best-selling manga in 2011 with 1,739,105 copies.

“He’s short, weak, and has just transferred to a new school. Kurumatani Sora is the main character in this story who loves basketball.

He has been shooting hoops ever since he was little and has been trying to grow tall just like his mother, who “used” to be a basketball player. What has happened to her and what Sora is going to do at the new school is all up to you to find out!”