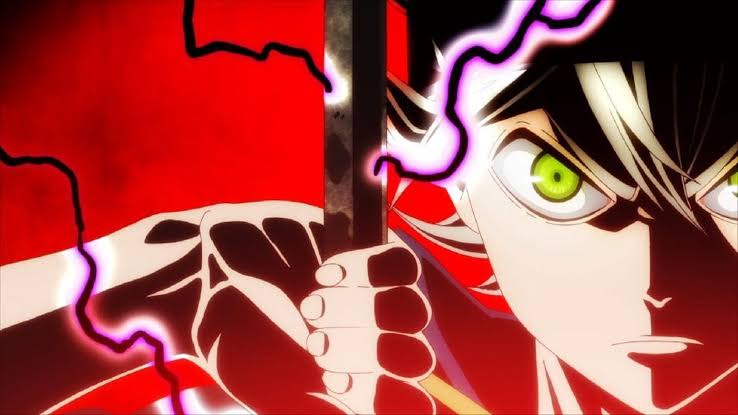 Black Clover recently aired its 124th Episode on Tuesday titled “Nero’s Memories Part 2” a filler episode. Anime influencer Spytrue recently revealed the titles and release date of upcoming Black Clover episodes 125, 126,127 and 128. We will discuss the following episodes one by one below. So let’s begin:


Black Clover Episode 125 “Return” will be a filler anime original episode where black bulls members will join hands to rebuild their destroyed base.

As only a handful of chapters remain before anime catches up with manga fillers are must to increase the gap and prevent messing up of pacing and story.


After back to back three fillers Black Clover anime will finally be on track adapting manga chapters. Black Clover Episode 126 – The Blue Rose’s Confession chapter will adapt chapter 221 and will release on March 17. The pacing seems to have slowed down.

The episode 126 will focus on Charlotte who seems to troubled wondering why she can’t be honest with Yami. She wonders whether Yami thinks of her as weirdo. Charlotte orders to assemble all Blue Rose’s members and announces her love for Yami. Suddenly Yami and Asta shows up looking for some information regarding her curse.

Episode 126 will be a fun comedic episode and also will shed some light on Silva family and a devil curse.


The Black Clover Episode 127 titled “Clue” will adapt chapter 222 “Just Between Us” and 223. Noelle visits Dorothy who is helping in cleaning the rubble. Noelle asks Dorothy about her mother Acier Silva when Dorothy suddenly brings her into her Glamour World.

Dorothy pours some tea for Noelle when suddenly Asta shows up and compliment about how much cute Noelle is. Noelle being a tsundre begins to panic and blows Asta away who happens to be a fake one created by Dorothy. Dorothy then summons a fake Nozel who explains Noelle the cause of her mother death being a curse casted by a Devil.

Dorothy explains to her that those who talk about the matter will die the same way. In the second half,  we will meet with Henry’s Agrigpa Family who specializes in hex and poisen magic. They will seek help from Henry’s father searching for devil Megicula curse which happens to be in Heart Kingdom.
The episode 127 will be another fun episode which at the end will introduce us to our third devil Megicula.


Black Clover Episode 128 titled “The Heart Kingdom” might adapt chapter 224 but will definitely adapt chapter 225 with the same title. Episode 128, will start with a funny conversation between the Finral and Langris where Langris accuses Finral of being cursed of being a womanizer. Langris threatens him to break his curse of womanizer or else he will marry Finesse first.

In the second half Asta along with Noelle, Nero, Mimosa and Finral will set on their journey to Heart Kingdom. They are welcomed by Gadjah, director of spirits. Suddenly Asta is engulfed in a water made sphere and is transported off the ship. Noelle, Mimosa and Finral also  jumps off the ship chasing Asta . Meanwhile Gadjah follows them and attacks them with lightening magic of unknown nature. On the other side Asta is transported down a hole where he fights against a female swordsman.

In the episode Asta will confront against numerous mana based female swordsman while Noelle, Mimosa and Finral will fight against Gadjah. During the fight Asta meets with water spirit Undine while Gadjah makes use of “True” Lightening Magic but Noelle and other successfully escapes that attack and attacks Gadjah from the back.

Meanwhile Asta senses presence of a person and cuts through a curtain of water where he meets Heart Kingdom princess Lolopechka. Asta tells Lolopechka that they came to the Heart kingdom on the trail of a powerful curse that may belong to a devil and if they know anything about it.

Lolopechka soon reveals that she is one who is cursed by Devil Megicula and has less than one year to live.


Unleashing his inner emotions in a rage, Asta receives a five-leaf clover Grimoire, a “Black Clover” giving him enough power to defeat Lebuty. A few days later, the two friends head out into the world, both seeking the same goal—to become the Wizard King!“