DanMachi Season 2 is one of the most anticipated title returning this summer. DanMachi Season 2 Episode 1 will release on July 12th over Tokyo MX, Sun TV, KBS, BS11 and AT-X. While Crunchyroll is streaming the season with English subtitles. The new season will start with adapting Volume 6. 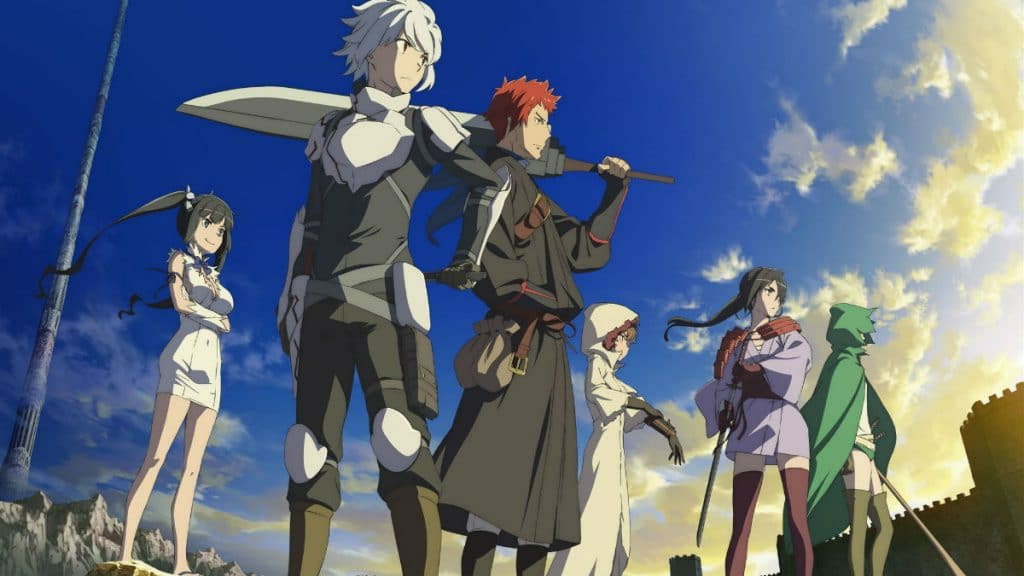 Also DanMachi Season 2 official twitter account revealed on Friday that a Special Episode- DanMachi Season 2 Episode 0 titled “Past and Future” will air on July 5. The Episode 0 will be a recap to the events of Season 1 which aims at new and old viewers who wish to look back at the past season. The official account recently shared a new trailer:

The trailer previews some of the moments from Episode 1 along with new characters and season 2 Opening theme. Yuka Iguchi is returning to perform  the opening theme music for DanMachi Season 2 “HELLO TO DREAM”. He previously performed the Opening the es songs for Season 1, Spin-off anime Sword Oratoria and anime movie DanMachi: Arrow of Orion.

Most of the staff at J.C. Staff Studio will return to adapt the second season except series director Yoshiki Yamakawa who will be replaced by Circlet Princess director Hideki Tachibana. The fact that most of core members are returning assures that it won’t much of a train wreck like One Punch Man Season 2.

Written by Fujino Ōmori and Illustrations by Suzuhito Yasuda Is It Wrong to Try to Pick Up Girls in a Dungeon? or in short “DanMachi” is a Japanese light novel series. As of December 2018, 14 volumes have been released.

The huge labyrinth city, Orario, is the gateway to the huge underground maze commonly known as the “Dungeon”. Its strange name causes excitement, a place to gain honour, and maybe even a romance with a pretty girl. A place where people hold their breath, hoping to gain all they wish for, a place where a solitary young man meets a little “god”.

“Alright, Bell-kun, follow me! It’s time for the “Familiar” initiation rite to happen!” “Yes! I’m going to get stronger!” The fated meeting of a boy who wants to become an adventurer, and the failed god who doesn’t even have a single follower. This boy’s journey as written by the goddess, “Family’s Legend” (Familiar’s Myth)