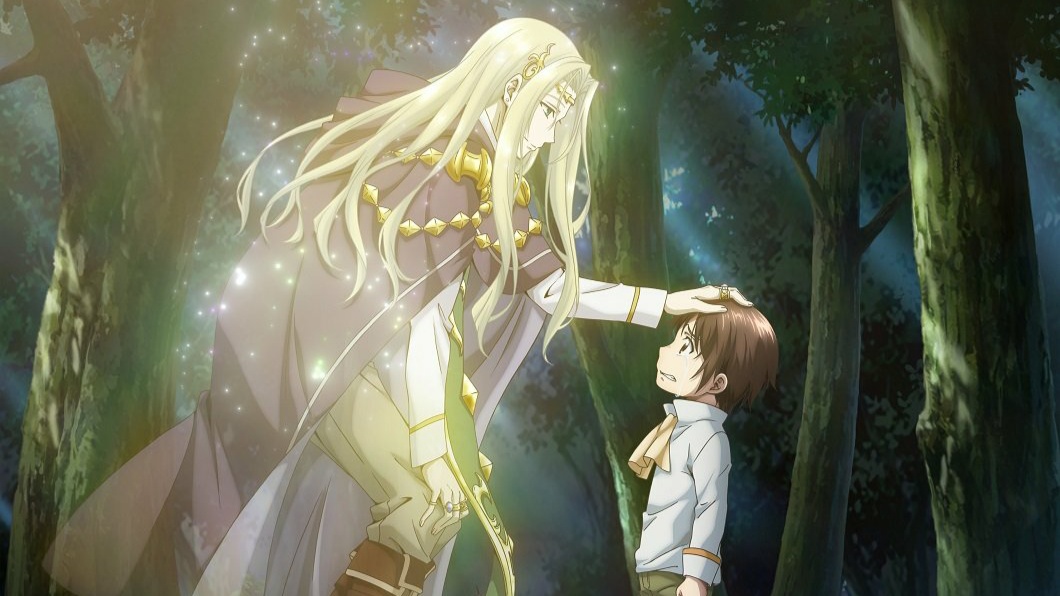 In the key visual we can see Wendelin and Elize who are being voiced by Junya Enoki and Asuka Nishi respectfully. Other cast members include Louise bu Yuuna Mimura Lina by Mikako Komatsu Wilma by M.A.O (Mao Ichimichi). Details regarding episode count and exact release date haven’t been announced yet.

The Hachi-nan tte, Sore wa Nai deshou! revolves around Shingo Ichinomiya, a 25-year-old man working at a firm company, while thinking of tomorrow’s busy working day, goes to sleep. However, when he woke up, he found himself in a room unknown to him and realized that he is inside a 6-years-old body, taking over his body and mind.

He soon learns from the memories of the boy that the boy was born as the youngest child of a poor noble family living in a back country. Having no administrative skill, he can’t do anything to manage the vast land his family has. Fortunately, he is blessed with a very rare talent, the talent of magic. Unfortunately, while his talent could bring prosperity to his family, in his situation it only brought disaster. This is the story of the boy, Wendelin Von Benno Baumeister, opening his own path in a harsh world

Hachi-nan tte, Sore wa Nai deshou, is a Japanese Isekai Fantasy themed light novel series written by Y.A. and illustrated by Fuzichoco. It first began serialization online since June 2013 on user generated novel publishing website Shōsetsuka ni Naro. It was acquired by Media Factory, who published the first light novel volume in April 2014 under their MF Books imprint. Eighteen volumes have been released as of December 2019.

A manga adaptation by Hiroki Kusumoto is being serialized in Kadokawa Shoten ComicWalker website since 2015. It has been compiled into 8 volumes.