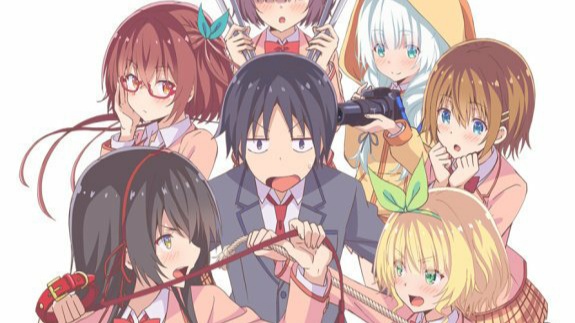 GEEKTOYS Studio is animating the anime series. The anime will release along with several anime series like like Fire Force, Vinland Saga, Teasing master Takagi-san and Astra Lost in Space.

The romantic comedy begins when a love letter arrives out of the blue for Keiki Kiryū, an ordinary high school student who has never had a girlfriend as long as he has been alive.

The letter does not include the sender’s name — but the letter does include white panties. In the process of investigating who could be his “Cinderella who left behind her panties,” Keiki discovers every candidate is uniquely perverted and desperately interested in having him participate in their perversion.

Itsuki Imazaki(Recorder and Randsell Mi, Magical Somera-chan) will direct the series for GEEKTOYS. While Kenichi Yamashita is focussing on Series Composition.

A manga adaptation by CHuN is being published in Kadokawa‘s Monthly Dragon Age magazine.

“A high school student whose year of not having a girlfriend is his age, Keiki Kiryuu, suddenly received a love letter. He is happy he can finally have a girlfriend, but is also surprised because not only there is no sender name but also includes a white underwear?

The cute girls who gather around him are all weird and with reasons? Who is the Cinderella who sent the underwear?