It seems like all the misfortune has fallen over Attack on Titan fandom and this time it’s leakers to blame for. Due to consistent leaks of season 3 part 2 episodes, all the episode releases have been delayed. 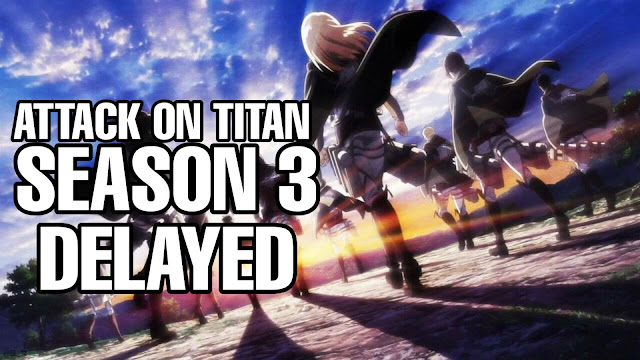 Funimation along with other sublicensees who simulcast Attack on Titan, have been asked to air episode on Wednesday now.

Through Funimation’s  official blog the company addresses “The Attack on Titan Season 3 Part 2 sub will be delayed from Sundays at 1:35pm ET to Wednesdays at 9:00am ET starting with Episode 54, which will launch on 5/29 for Funimation, Hulu, Crunchyroll and all of the sublicensees around the world,”

“As it’s always the case with leaks and pirated content, this has created problems for everyone involved in bringing you this title.”

“To prevent further leaks, the licensor has decided to deliver the show materials to Funimation after Japan’s broadcast has concluded on Sunday.”

The blog reveals that the Attack on Titan Season 3 Part 2 have consistently leaked from past two weeks. Due to which the show will deliver its episode on Wednesday after Japan’s release on Sunday.


Written and illustrated by Hajame Isayama, Attack On Titan is a monthly manga published in Monthly Shounen Jump.

Wit Studio has animated three anime seasons along with two compilation movies and several OVAs. A Hollywood live-action is under production.


“Story takes in a world where the last remnants of humanity live within a walled city in order to escape the danger of the Titans, a race of giants monsters that eats humans.

Now Eren, Mikasa, and Armin must survive in a world where they not only have the Titans to fear, but the very humans they are trying to save.”